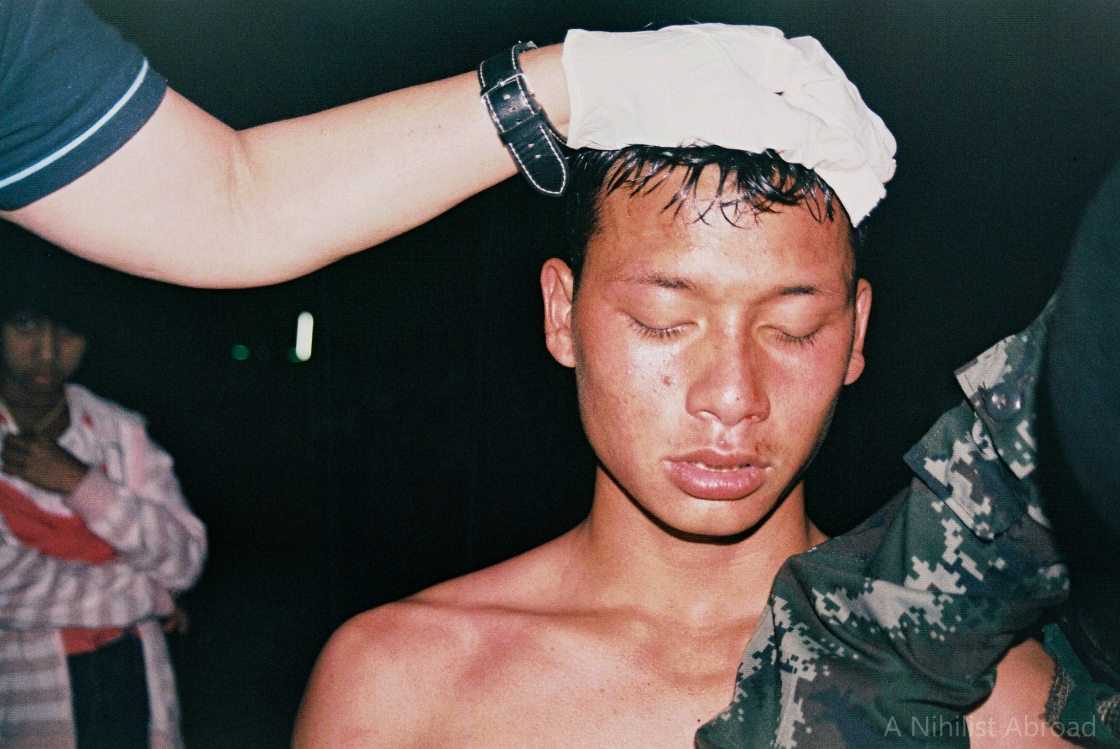 Pai is in far North West Thailand, it’s where a lot of westerners go to train in Muay Thai including a couple of my friends who I had the pleasure of hanging out with for a week. With them staying in a Muay Thai gym for several months they had insider information on a series of fights 20 minutes drive out of the small city at a religious festival.

Packing my film camera, Jess and I followed a heard of muay thai fanatics in the pitch black through the thai hills all donning scooters between their legs, I felt as though I was in a protein shake-positive but non-threatening bike gang, all with one purpose in mind. To see ripped young thai guys kick the living snot out of each other.

It cost 100 bht ($4 NZD or 2 quid) for ring-side seats in the middle of a food, music and religious festival in a seemingly incosequential field situated next to one of the hundreds of nearby temples. The tickets we purchased lasted for both nights of fighting. Thai people don’t really care about the rules in any regard, as long as they’re not upsetting anybody else, they will do what they want. So our 100 bht tickets were practically worthless on the first night once the flimsy tape barrier surround the ring to keep out anybody not paying gently fell to the ground.

I’ve seen fighting in Thailand before but something about this almost underground, local occasion felt more intense, dangerous and unregulated.

Below are some shots of winners, losers and seriously injured fighters, all post-fight. I saw serious concussions from kicks to the head, broken ankles and cracked ribs. I decided to experiment using my film camera with a speedlight which didn’t really pay off as it was slightly out of sync causing a black line in some of the images. I’m still pretty happy with how the majority came out.

If you want to watch Muay Thai in Thailand, I recommend finding a festival intended for Thai people, rather than the orchestrated, indoor, A/C occasions most travellers are accustomed to. 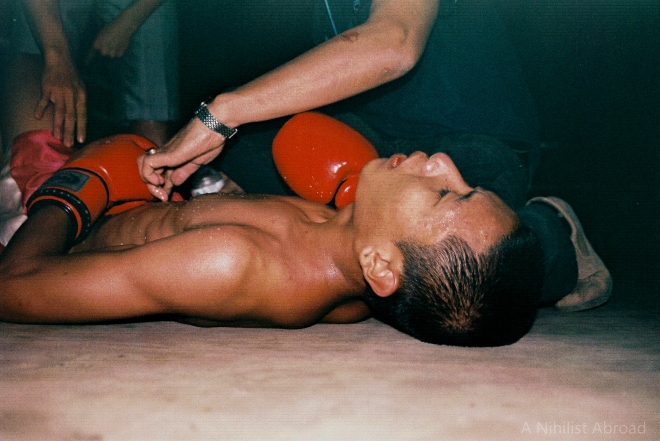