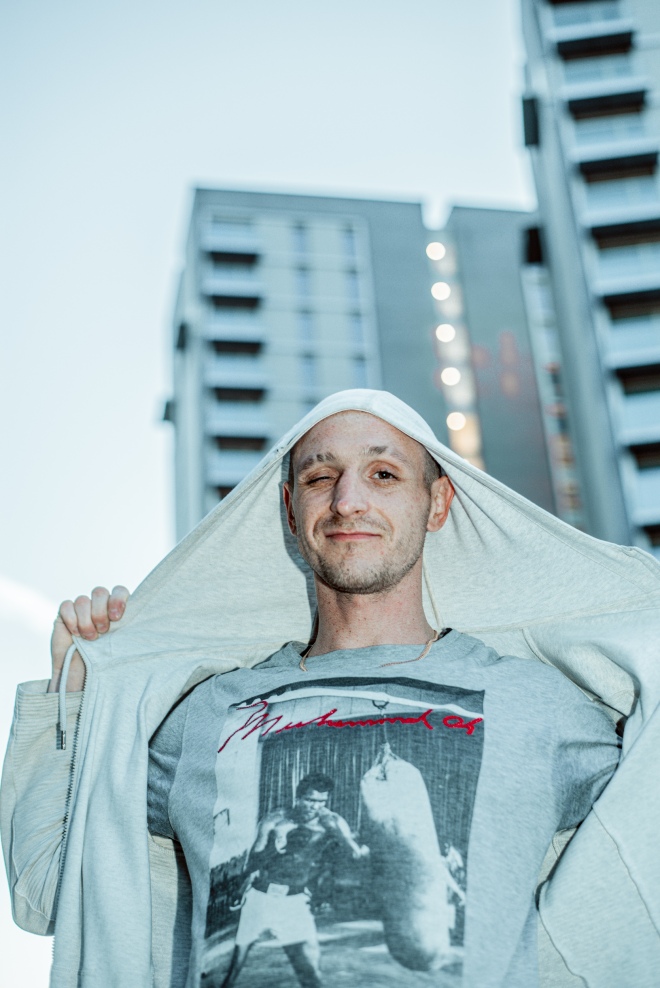 Through the Roof with Vovan

Yesterday I met with Andy, owner and operator of Through the Roof, a small recording studio on the edge of Manchester near Salford Central station. Situated in an old hotel room, the recording booth is behind a false wall where a bathtub used to be. Andy has tons of experience in the music world having done a 55 day world tour with his pop-punk band Deadneck (give them a listen). Being the lead singer and producer on the band pays off because the cleanliness of their sound really impressed me.

Shortly after my arrival Vovan turned up, a Latvian rapper with a strong American flavour to his voice. We talked about giving up tobacco and weed and he seemed surprised to hear that people are addicted to nicotine. Vovan asked Andy to play a beat he had found on Youtube and spit some of his freshest lyrics to my delight. He jumped between Russian and English and kept a steady beat, cheeky lines and fresh references made for some quality listening.

We shared a joint (Andy is kicking it for a bit) and it must have been a bit strong as it knocked Vovans confidence a bit before recording. I suspect it was me being there with a DSLR though. Give Vovan a listen here. He’s a great guy.

Meeting Vovan and Andy is a part of my #FREEMAY project where I meet with local musicians in Manchester and shoot them completely for free. I’m going to write and post about each encounter, if you want to get involved get in touch.