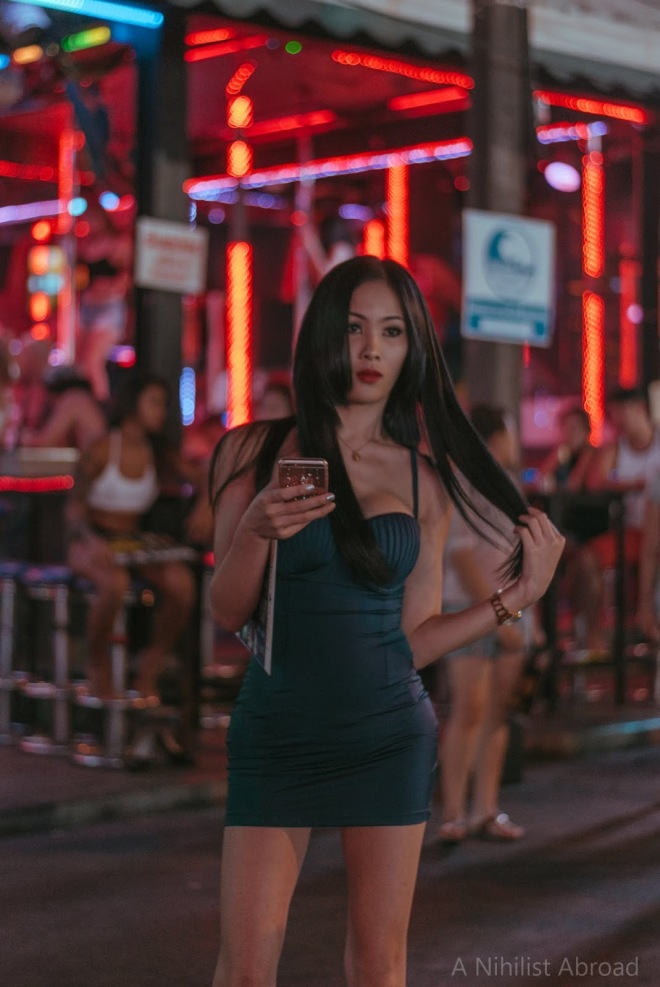 Poles, Filth and Beer: Patong is a Paradise.

Everybody loves a skilled stripper, whether they’re polishing a metal pole with their crotch or peeling paint off a surface, everybody can appreciate effort when they see it.
I thought at the time that Bangkok was the seediest place in the world, but I was wrong, Patong outshines Bangkok in every sense. From Ping Pong shows to attractive women begging you to buy them a drink in the street to the lady-boys that wouldn’t even register as anything but an attractive woman out of the context of a sordid Thai sex capital.
We went to a strip club, walking into a room with a dozen naked Thai women barely moving is slightly surreal. We were the only people in the baron darkness besides a large group of clothed girls waiting to prey on men not accompanied by their spouses. We ordered an overpriced beer and sat down, the ladies grabbed their bras off the stage floor and were already half-wearing their underwear which they fashioned into a sort of garter-belt so it didn’t stage floor grime on it.
Before we had taken our first satisfactory sips of beer, out came the ladyboys, they got into their favourite spot on the poorly lit stage and just stood and stared into a large mirror ahead of them, a dozen gender-hybrids awkwardly shuffling to the music, either contemplating existence or admiring all of the work they had clearly put into their bodies, staring into the void, dancing like nobody’s watching was evidently optional.
Objectively they were beautiful creatures, the only way it was certain that they were born male was because of their height in comparison to the tiny Asian creatures before them, that and the massive fake breasts. Simultaneously, without any sort of cue, they removed there bikini tops and did more of the same. The interesting part was when they removed their underwear, I instinctively expected to now be in a dark room, staring at a dozen jiggling penises but got no such joy, all of them had perfectly smooth Action Man crotches providing a hypnagogic sensation, my entire perception of gender and sexuality inflated and burst with the dropping of a small slice of lace fabric. These women were more convincingly feminine when they were completely naked than when they were fully clothed, I’ve seen more masculine looking women naked in the flesh.

On a heavier night we decided to go to a ping-pong show, something that we didn’t do in Bangkok thanks to hearing horror stories of bouncers demanding money from the clientèle as they tried leaving shows. I managed to get a picture of one of the menus that men and women carried along the main strip, showing to foreigners the delights that awaited them behind closed doors.
Frankly the place was a pit, a depressing pit, and this was before I knew that the majority of ping-pong women are trafficked from neighbouring countries and don’t have a way out of their predicament. We spoke to the guy holding a sign and we said “we won’t go to a show that harms animals” he replied and said “they show what you want, no animals for you”, whatever, we bought his pitch and went in, we were greeted with a woman holding three lit cigarettes in her vagina and blowing smoke like a distress signal from a desert island.
Each “show” lasted a couple of minutes before the woman providing the entertainment would go back stage and another girl would come out with a new trick. One of the more entertaining of the bunch was the “Whistle Show” which had three women blowing whistles with violent queefs with a total lack of showmanship or synchronisation and I ended up creasing up with laughter (I was several

Changs deep so respecting human dignity wasn’t on my list of priorities).

There were a couple of “shows” that were genuinely impressive, specifically the “Needle Show” and the “Razor Show” both of which involved a woman walking out, pulling on a string from their crotch pocket followed by razors/needles flowing out like a sordid magicians sleeve, they even popped balloons/sliced paper to show that they were in-fact real. The most impressive act was that of the balloon show, handing out some inflated balloons and having the audience members hold them above their heads (myself included) she would get into the birthing position, load a tube with a dart, insert it into her vagina, and blow a queef with such ferocity and accuracy that she would pop the balloon.

Unfortunately our request of not seeing any animals being abused wasn’t ignored as it was never actually heard by anybody. As soon as a woman pulled back the velvet curtain, squatted on the stage and discharged a tiny turtle, we drank our beers and left.

Obviously, camera’s weren’t allowed in either the Ping Pong show or the strip club so the below images were all visible from the street, if you’re heading to Thailand I recommend Patong for a fun weekend. 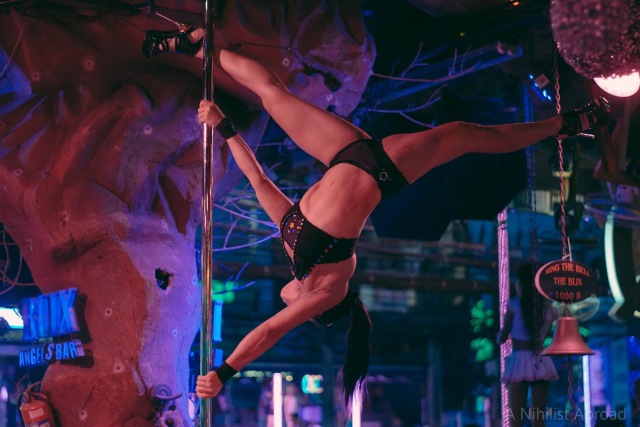 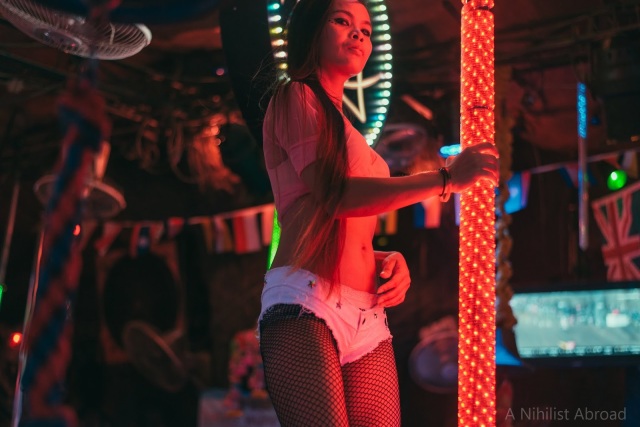 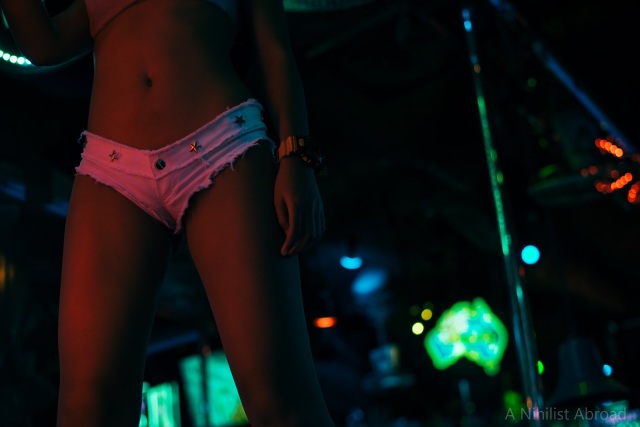 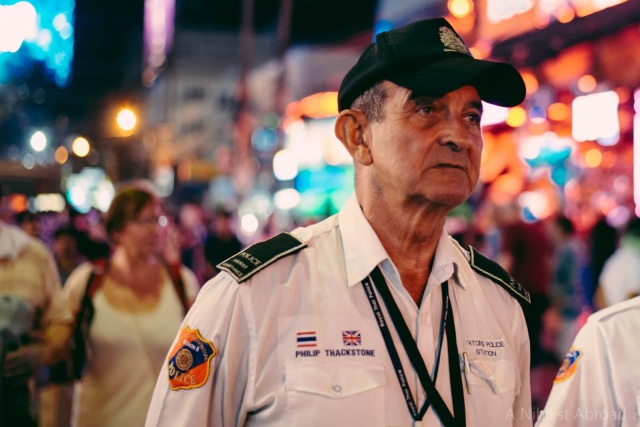 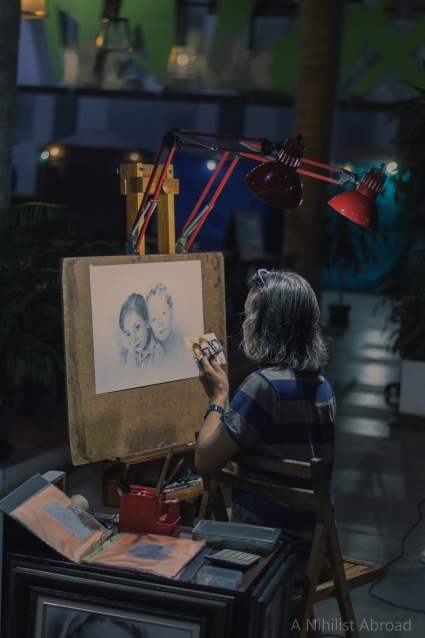 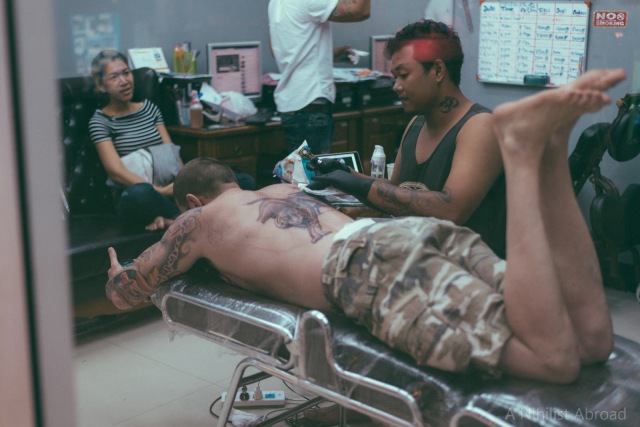 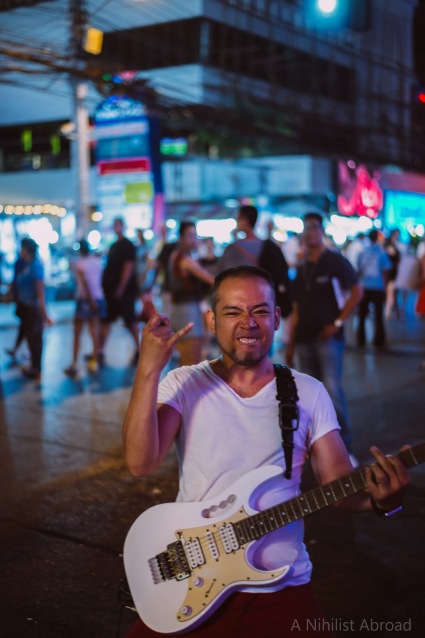 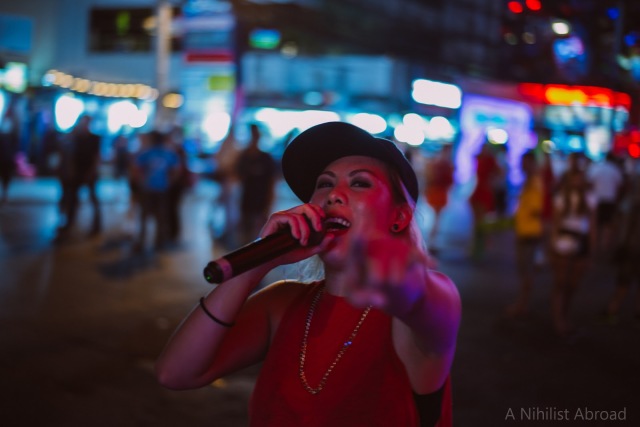 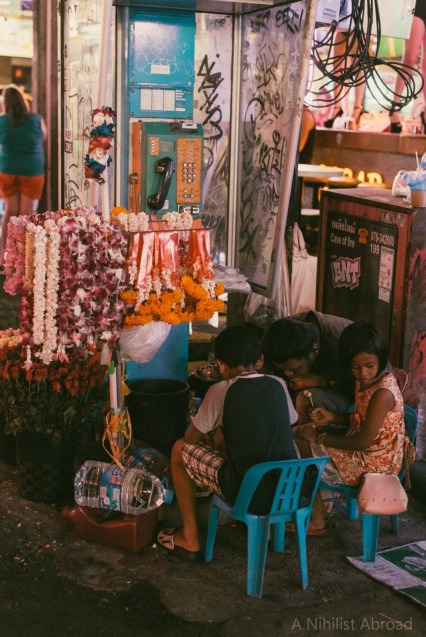 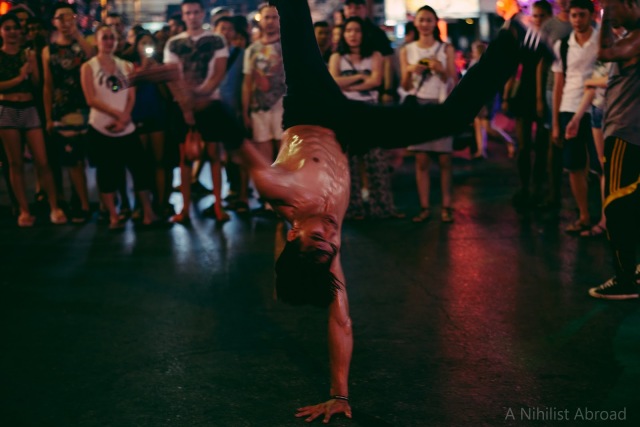 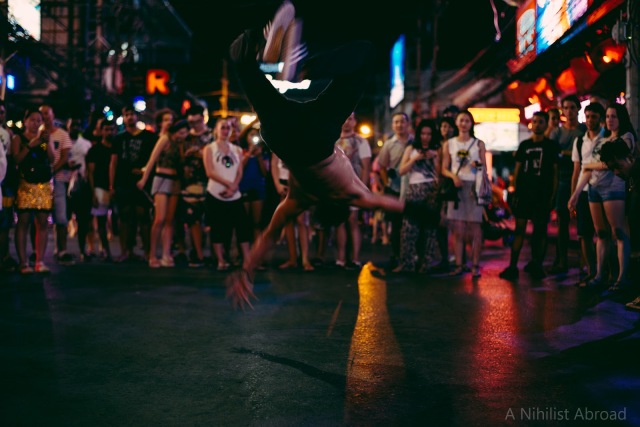 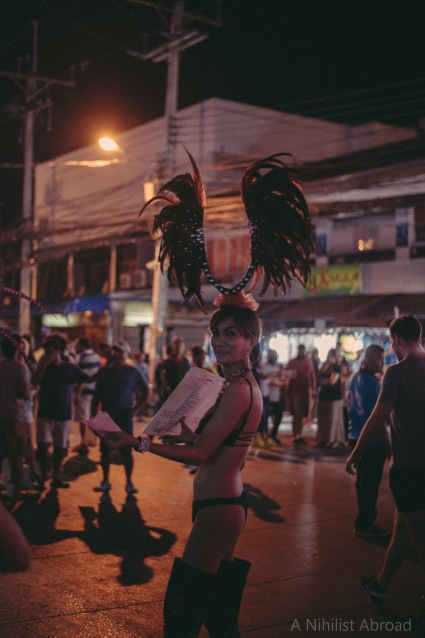